DarkErrorcore (also known as Triggercore, Lonecore or Meltcore) is an aesthetic which revolves around feelings of being lost and corrupted by an inhuman force. The main emotional idea of it is the theme of corruption and loss of oneself. The physical elements tied to being warped and corrupted under a force one cannot control. It is also used in elements where characters are manipulated and corrupted by a force outside what is understood by humans. It shares aspects with Mind Murder, Gorecore, and Gothcore. It is often associated with Mind Murder, Glitch and Sizz.

One controversy about this aesthetic is that it is too much alike to both 'Sizz' and 'Glitch'. Whereas it may use the same visuals and objects, this aesthetic is focused on psychological and emotional ideas. DarkErrorcore uses Sizz's manipulation and distortion (as a theme and visual detail) and Glitch effect (as a visual detail).

DarkErrorcore uses colours like black, red and grey, and even sometimes white. Sometimes in drawings the backgrounds are simple or one color. Common patterns are swirls or lines. Textures that relate to it are slimy or sharp to the touch, static, textures that leave fingers numb when touching them. Effects related to the aesthetic are glitch effects, or sudden jarring movements. Objects and symbols that appear a lot within the aesthetic are that of eyes, knives, empty photo frames, hands, shadows, empty spaces full of fog or just plain empty places.

Although there are basic ideas on how things are portrayed within this aesthetic, they are changed slightly depending on people's own views and the message that's been trying to get across. Sometimes it will be white, not grey sometimes it will mostly include blood and no eyes, whereas others might include more eyes and no blood.

Common fashion for this aesthetic would be:

A Lot of music associated with DarkErorcore and VDarkErrorcore is dark ambient music from horror games or songs that sound glitchy and strange. VDarkerrorcore is more about upbeat yet glitchy music, leaving out ambient music.

DarkErrorcore music can also be songs that have a dark tone to them and feel like they fit the theme of corruption and confusion, though this is less common as ambient music or glitchy sounding music is preferred.

The most common pattern in VDarkErrorcore is colourful static. VDarkErrorcore uses colours such as yellow, magenta, cyan and chartreuse to show the more confusing aspects of DarkErrorcore. Bright colours attempt to invoke being painful to look at. Common things in VDarkErrorcore are: spirals, old television sets, an 8Bit style, the surroundings melting and characters (if drawn) in pain. There are also eyes like DarkErrorcore and a glitching effect on the character. A character in the style is also often seen throwing up vibrant colours or static painfully. It shares Motifs with DarkErrorcore like confusion, death, corruptness but shows them in a more colourful way.

It shares a lot with not only DarkErrorcore but is mostly inspired by Glitch and Psychedelica as seen in this mood board:

An image from P.T. that gives the same feeling as DarkErrorcore (taken from ingame). 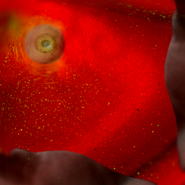 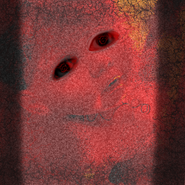 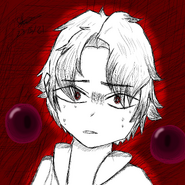 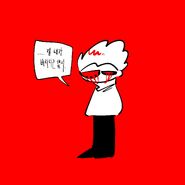 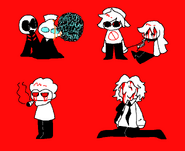 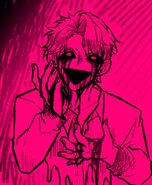 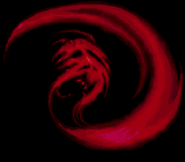 Giygas (in the EarthBound/Mother 2 incarnation) is also often associated with this core. 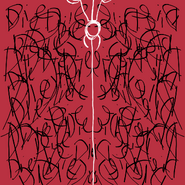 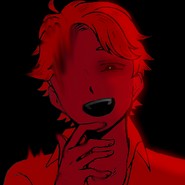 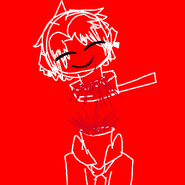 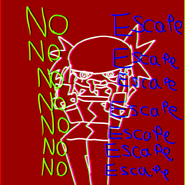 An example of Mind Murder and DarkErrorCore combined: Clone By Conversion.

I’d rather watch you die by dashiivibes. 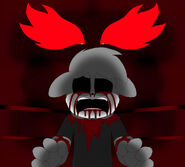 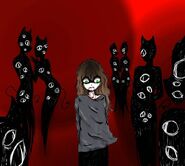 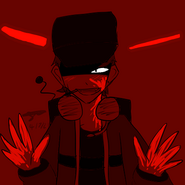 A drawing of Deimos that uses the same pallet and themes as Darkerrorcore : by 'naika' 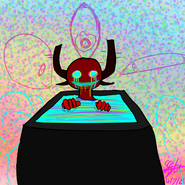 an example of VDarkErrorCore; by 'naika'