Cyberpop
Cyberpunk
Goth
Mallgoth
Post-Apocalyptic
Techwear
Cybergoth is a subculture that derives from elements of Goth, Raver, Rivethead, and Cyberpunk subcultures. Beyond being part of the gothic subculture, Cybergoth has also been heavily associated with the industrial music scene which can be typically seen in the form of the "industrial dancing" performed by members of the subculture.

Cyberpop would be a similar style but with a focus on retro-futurism and bright colors.

The term 'Cybergoth' was coined in 1988 by Games Workshop for their roleplaying game. But the fashion style didn't exist until a decade later. Julia Borden defines cybergoth as combining elements of industrial aesthetics with "gravers" (gothic ravers).

The gothic-club Slimelight in London is often named as the first place where cybergoths manifested. Around 2001, the combination of neon clothing/hair with black clothes was common in that club.

The Cybergoth aesthetic did have its moment in the sun thanks to a video going viral in the earlier days of YouTube that has since gone on to become a staple in meme culture (if for all the wrong reasons).

Since this video has been made, however, the Cybergoth subculture only seemed to further decline in popularity; something that could partially be linked to an overall decline in popularity of most goth-themed aesthetics in current times, but that doesn't leave out the possibility that Cybergoth could see a resurgence in the near future (a la the Club Kids resurgence), especially with Raver culture becoming more and more popular in the mainstream. but only time will tell in that regard.

Cybergoth is based around fluorescent colors and uses pvc, vinyl, and other artifical looking materials in order to create a futuristic looking style. The hair is dyed in unnatural colors and adorned with colorful hair pieces, also known as cyberlox, which can be made of wool, foam, rubber or fabrics. Androgyny is common.

DJ SiSeN is a well-known DJ in the Japanese underground scene. The music consists mainly of a mix between Gothic, Industrial, and EBM, but are not limited to these genres, J-Pop is also mixed in on some occasions. In addition to being a DJ, SiSeN also serves as a model for Takuya Angel, who is also his friend and DJ colleague. Interestingly, SiSeN uses different aliases based on the genre of music being played, such as DJ 666Fox and DJ Violet. His clothes and hairstyles, as well as unusual accessories, have ensured his reputation as an icon of this style. 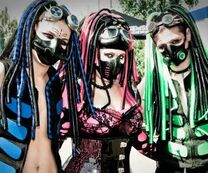 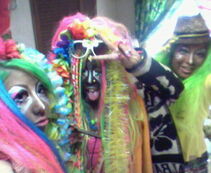 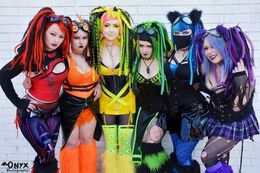 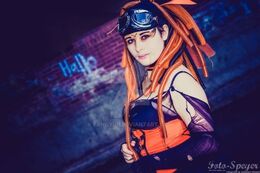 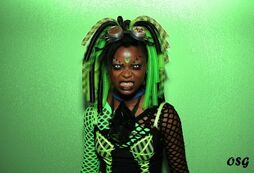 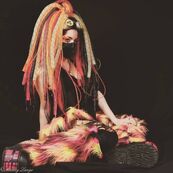