TW: This page includes documentation of politics and political controversy, and includes mentions of fascism and white supremacy.

Cottagecore, also known as farmcore and countrycore, is inspired by a romanticized interpretation of western agricultural life. It is centered on ideas of simple living and harmony with nature. Themes associated with cottagecore include self-sufficiency, baking, and caring for people. While the aesthetic is prevalent on several social media sites, such as on Instagram and more recently TikTok, the community notably prospers on Tumblr. It is particularly popular within lesbian and woman-loving-woman (WLW) communities.

Despite a number of its followers taking a progressive and subversive outlook on life, Cottagecore has been also criticized for its romanticism of eurocentric farming life. It has also been criticized in the context of North American and Australian settings, an inadvertent celebration of the aesthetics of colonialism, as well as the ways it often simplifies and underestimates the labor of farmers. It is due to these connotations that the use of Cottagecore aesthetics has been adopted by the TradWives community and members of the far-right as forms of propaganda. This has led to media criticism despite their opposition to LGBTQ+ and anti-capitalist adherents of Cottagecore.

Cottagecore is often compared to aesthetics such as Grandparentcore, which seek to evoke a similar sense of nostalgia. It is also related to Naturecore and Warmcore.

Cottagecore is a continuation of ideas that have existed for millenia and uses visuals that are based in the aesthetic of the European countrysides. The evolution of these ideas into contemporary Cottagecore, an aesthetic borne out of the internet and among teenagers to young adults, is the primary history of this section, but also describes the history of Cottagecore's precursors as well.

Many cottagecore outfits are impractical for the farming and gardening work that the aesthetic revolves around.

While the cottagecore aesthetic is not necessarily an organized political movement with stated goals or leaders, much of the conversation around cottagecore is political, especially given the aesthetic has become infamous for its association with two directly opposed political groups with radically different outlooks on life despite the shared frustration with modernity.

While the opposition to modern life is shared among Cottagecore adherents across the political spectrum, what is specifically being opposed tends to vary. For more progressive-leaning followers of the aesthetic, it is particularly capitalism as well as heteronormativity. While many people involved in cottagecore identify with an ideology that more concretely advocates for the restructuring of society, they may also express a dislike of capitalism in a more casual tone through or alongside cottagecore.[1]

Many progressive-leaning members of the cottagecore community reject heteronormative gender roles and seek to remove the stigma and stereotypes of traditional life from the aesthetics and culture of times past. Cottagecore enjoys niche popularity within the LGBTQ+ community, particularly among lesbian and bisexual women, for this reason. Many express dissatisfaction with the roles and expectations placed on them in a heteronormative society. Some have suggested that cottagecore presents an ideal world in which young people are able to express their personality freely in a rural space, contrasting the homophobia or transphobia faced by young people in rural areas.[2]

On the other side of the political spectrum, another more controversial large community subscribing to the aesthetic is the Tradwife movement[3], found largely on Instagram and Facebook's "Politigram" community.[4] Contrasting the progressive Cottagecore community, the rightist adherents to the aesthetic proclaim their opposition to modernity is based on a loss of conservative values in the 21st Century and fondness for a pre- rather than a post-capitalist economic system. Tradwives specifically are described as women who "embrace 'submissive' heteronormative lifestyles involving homemaking and child-rearing and reject feminism" according to Wikipedia. Members of the tradwife movement often utilize cottagecore imagery, fashion, memes, and aesthetics to promote. They may also romanticize the revitalization of traditional heteronormative gender roles for women, a popular aspect of far-right ideology. Even further niche is the utilization of cottagecore imagery and inspired memes by Eco-fascist[5] and Eco-nationalist circles who openly and intentionally uphold western colonialist and eurocentric views as an ideal as opposed to accidentally as was the criticism for Progressive Cottagecore followers. However, those within the Tradwife movement often do not associate openly with the cottagecore community and the two sides oppose each other.[6]

Main page: Bloomcore Bloomcore is an aesthetic that is similar to Cottagecore in many ways, but has more of a centralized focus on flowers and gardening in a small, quaint village.

Main page: Cottagegore Cottagegore is a darker take on the Cottagecore aesthetic with more of a focus on the more negative aspects of cottage and natural life that Cottagecore often tries to veer away from.

Main page: Honeycore Honeycore is an aesthetic based around the rural production and consumption of goods such as honey, bread, and waffles. It is similar to Cottagecore in that agricultural imagery and values are emphasized, but the visuals are streamlined to create a color palette of mostly pale yellows and browns. In many of the pictures that can be classified into the Honeycore aesthetic, bees, honey, or flowers can be seen and there is a big emphasis on agriculture and conservation of bees.

Vaporcottage is largely a joke aesthetic originating from the Aesthetics Wiki Discord, mainly done as a thought experiment to see if one could take the grounded, earnest, and realistic escapism of Cottagecore could be mixed with the surrealist, sarcastic, and incredibly dystopian nightmare that is Vaporwave in an attempt to prove that any aesthetics can be blended. It was described as "what you'd see after ingesting mushroom soup laced with xanax; you start seeing a bunch of weird shit while away for a weekend in the cottage to get away from the big city and its rampant hyperconsumerism. The radio that won't stop playing advertisements and the billboard in the farm fields haunt you as the light from the ad shines through your lace curtains, and while crickets chirp and a stream trickles softly, you can't sleep because the giant Burger King ad illuminates your quiet cottage in the countryside and the gentle flicker of the lights of the fireflies triggers a sense of dread that the Christmas season is about to begin. You look at the warm, cozy fireplace and wonder how you'll decorate your Christmas tree this year, what will you buy for your friends?" If one can figure out how this aesthetic could work in a realistic capacity, please let us know and share your results with the world.

Southwest Cottagecore moves away from the forest-inspired, green color palette of cottagecore. The willows and vines are switched out with succulents. The main aspects are quite identical, just adapted to more southern/western life. Instead of a stone cottage, you may prefer an adobe house framed by yuccas. The fashion becomes more suited for warm weather and is generally paired with warm colors and the occasional nautical, whimsical look, characterized by run-down shacks on the coast and beach grass. Lizards, rabbits, snakes, and hawks are characteristic of the aesthetic. 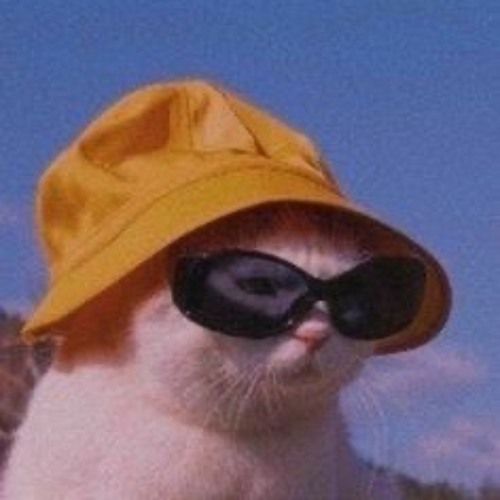