Dancing, drinking, partying, having fun, drugs, finding somebody to hook up with.

Boujee
Cartelcore
Club Kids
Drugcore
Glowwave
Raver
Stripcore
Urbancore
The Club aesthetic is centered around entertainment venues and bars that usually operate late into the night. A nightclub is generally distinguished from regular bars, pubs or taverns by the inclusion of a stage for live music, one or more dance floor areas and a DJ booth, where a DJ plays recorded music.

Dating back to the 19th century, clubs used to be places that offered live entertainment (including Vaudeville acts that were popular at the time), gambling, and was often used by prostitutes of the time to find clientelle (ranging from the playboys of the time to sailors on leave). The Club format that we know today didn't become popular until the 1970s with the rise of the Disco clubs of the time (most famously Studio 54) that were safe havens for marginalized groups such as members of the LGBTQ and POC communities, the Jewish community, and even women (who considered these clubs to be safer than the discothèques of the time, which had an every-woman-for-every-three-men law they abided by) would favor coming here to just go out and have fun without having to worry about men trying to hit on and harass them.

Club fashion tends to be very high-end and is supposed to look nice, yet casual and is generally very breezy and light (due to the fact clubs are known to get incredibly hot). However, that isn't to say some rather avant-garde fashion can't come out of club fashion (just ask the Club Kids), but generally, if the bouncer doesn't approve of your fashion, you ain't wearing proper club fashion.

Clubs typically play dance music, which is composed specifically to facilitate or accompany dancing, which clubs were build for. It can be either a whole musical piece or part of a larger musical arrangement. In terms of performance, the major categories are live dance music and recorded dance music. While there exist attestations of the combination of dance and music in ancient times (for example Ancient Greek vases sometimes show dancers accompanied by musicians), the earliest Western dance music that we can still reproduce with a degree of certainty are the surviving medieval dances. The music side of the aesthetic includes: Hardcore, electronica, industrial, breakbeat, trance, psychedelic trance, UK garage and electro. There are also much slower styles, such as downtempo, chillout and nu jazz 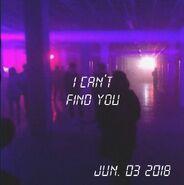