Christian girl autumn is a specific variation of the Autumn aesthetic. It features many elements of the Autumn aesthetic and is often associated with basic white girls. For fashion, a typical Christian Girl Autumn outfit could include a thin sweater, skinny jeans, a big chunky scarf and UGG boots. Hair is usually worn down and wavy, and makeup is moderate. Activities that girls in this aesthetic take part in are ordering pumpkin spice drinks at Starbucks, watching the leaves fall with their boyfriends, picking pumpkins and others.

After the Twitter account @lasagnabby (in reality a fake account run by a 19-year-old named Giovanni from Long Island, New York) posted a photo of Southern bloggers Emily Gemma and Caitlin Covington with the caption "Hot Girl Summer is coming to an end, get ready for Christian Girl Autumn 🍂😍" the phrase went viral. Twitter users responded with assumptions about the women's political affiliations, treatment of retail workers, and thoughts on the LGBT+ community. When it was discovered these assumptions about Emily and Caitlin were incorrect, the women were declared worthy of "stanning."

The visuals of the aesthetic include common autumn themes, like falling leaves, pumpkins, and sunflowers. Typically, you may see Starbucks coffees, leaves, pumpkins, sunflowers, and other such things being held in someone’s hands. The look can also overlap with dark academia in some ways, as open books, or books stacked on one another aren’t too uncommon to see.

A lot of the fashion in this aesthetic is based off of knit sweaters, usually in warm and earthy colors, with jeans. The sweaters usually have simple designs like stripes, or they have be one solid color. Cardigans and jackets are also common if a sweater isn’t being worn. Knit hats, scarves, small purses, and boots, especially uggs, go along side the sweater and jeans. Sometimes, glasses can also be a part of the look. 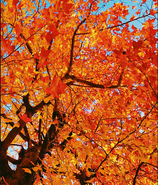 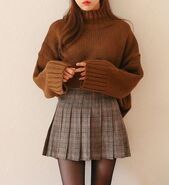 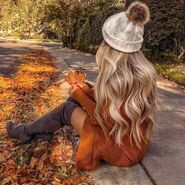 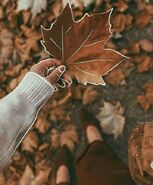 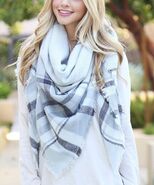