Chiaroscuro refers to the contrast between bright and dark areas of a painting. Most works with pronounced chiaroscuro have one strong light source illuminating a dark area. The term comes from the Italian words for "light" and "dark". Its most common use in art was during Baroque period, which lasted through the 17th century and to the mid 18th century.

Further specialized uses of the term include chiaroscuro woodcut for coloured woodcuts printed with different blocks, each using a different coloured ink; and chiaroscuro drawing for drawings on coloured paper in a dark medium with white highlighting

History of chiaroscuro can be traced back to the work of Apollodorus Skiagraphos, a Greek painter who used hatched shadows to suggest volume. None of Skiagraphos’ works survived, but examples of his skiagraphia or “shadow-painting" technique can be seen in other Hellenistic artworks such as the “Stag Hunt,” a 4th century BCE carpet mosaic from a wealthy Macedonian home.

By the 15th and 16th centuries, the interest in all things classical saw Renaissance artists adopt and improve on earlier shading techniques. The first Renaissance master to develop existing shading techniques to achieve a true chiaroscuro effect was Leonardo da Vinci. Da Vinci brought life and volume to his drawings, starting with the darks on colored paper, then moving toward the lighter tones, and finally adding the highlights, usually with white gouache or chalk. Below is a great example of this. Observe the careful rendering in value from dark to light. 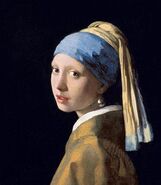 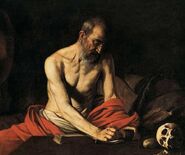 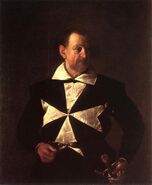 Add a photo to this gallery
Retrieved from "https://aesthetics.fandom.com/wiki/Chiaroscuro?oldid=34424"
Community content is available under CC-BY-SA unless otherwise noted.