Warning: This aesthetic makes mention of cartel-based activity, such as gun violence and drugs. View at your own discretion.

A lot of visuals in Cartelcore include:

In general, a lot of Cartelcore is designed to invoke a lot of imagery from 1980's Miami, during the height of the 1980's War on Drugs that was going on. As a result of this; a lot of Drugcore can cross over into Cartelcore. It can also lead to some connections between Cartelcore and Vaporwave, although the drugs utilized as part of Vaporwave weren't particularly popular in the 1980s.

Pastel colors and 1980's aesthetics are generally the core of Cartelcore fashion, especially paired with gold jewelry (especially rings and chains). As far as actual clothing items, polos and button up shirts undone about 2 buttons down from the top to display the collarbones and chains, as well as pastel colored shirts and pants.

Basically any 1980's music can work for this, but Spanish music is preferred. Synthwave and Vaporwave can also be incorporated with this aesthetic, due to the overlapped association with the 1980's these three aesthetics share between one another. 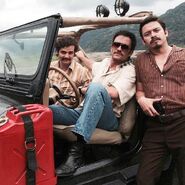 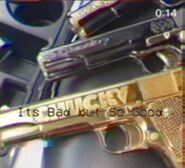