View source
watch 02:59
Metroid Dread - The Loop
Do you like this video?
Play Sound

Respect for nature, companionship and friendship with canines

Caninecore is an aesthetic based on canines. This particular aesthetic ranges from human bred dogs to wild wolves, containing lots of sub genres. Caninecore is generally centered around being a dog enthusiast, and doesn't have much of a history.

Caninecore is often influenced by therianthropy, animal-hearted people, pet regressors, and furries. Caninecore is especially popular on Tumblr and Pinterest and within the general art community.

Caninecore often includes (nearly exclusively) pictures of wolves and other types of canines, as well as possibly mountain scenery for the ideal visual of traveling in a pack that followers of Caninecore desire.

Colours involved with this aesthetic are natural colours such as greens, browns, and other earthy tones. There is a lot of variety within the aesthetic, going from house dogs to street dogs, to wolves or other wild dogs.

Caninecore fashion sometimes contains visuals of canines, whilst other times it may be clothing that reflects the general vibe of the aesthetic. Caninecore fashion is very similar to Adventurecore fashion. This may include flannels, comfy jumpers, and even hiking gear. Caninecore accessories include chokers and dog ears.

Where to Find It

Caninecore music varies. Softer music may link into the domestic dog side of caninecore, whilst alternative music often links to the more feral side. Genres may include: alternative, punk and folk. Music popular within the feral side includes Mother Mother, Girl in Red, AJJ, and The Crane Wives.

A musical named "The Dogs of Pripyat" is currently being made, this musical is about the dogs who were abandoned after the Chernobyl power plant disaster. This musical fits into the darker side of the caninecore aesthetic. You can listen to it on Soundcloud. This musical contains darker and possibly triggering themes.

Caninecore contains a vast amount of sub genres, due to copious different canines.

Domestic dogcore focuses on the soft and happy lifestyle of a domestic dog. This aesthetic emphasizes happy and uplifting vibes, along with the cuteness of dogs. The bond between dog and owner may also be a motif, amplifying that friendships/ companionship.

It can be linked to Petcore.

Media that links to domestic dogcore may include A Dog's Purpose and Lassie.

Domestic dogcore fashion mostly consists of cosy clothes, and possibly hiking clothes for dog walking, along with any clothing that depicts images of dogs.

Doggo tends to go for more of a cutsie meme-y look. Although all dogs are welcome in this sub genre it tends to focus on Shibe Inu's the most.

It contains imagery of doggos with edits and words describing how they feel as if they were talking. It has focus on vibrant colors such as: Blue, Yellow, And Pink

It also features staples of internet culture such as The Doge meme, Doggo-Lingo, and don't boop the snoot.

This sub genre still features dogs, however it is linked to "the streets" and sometimes nature. Street Dogcore contains more elements of loneliness and being self sufficient, and may also feature ideas of pack mentality.

Imagery may include derelict streets and a grunge like atmosphere.

This aesthetic is mostly influenced by (but not exclusively enjoyed by) therians.

This branch of caninecore is inspired by the furry community, and is vastly different to the other sub genres. The color schemes are often bright and unnatural, sometimes using the sparkle dog concept.

This sub genre contains imagery of fursuits and art of fursonas.

Wolfcore, as stated in the name, focuses on wolves. Wolfcore visuals include the outdoors, specifically vast mountain ranges and deep forests.

This genre is influenced by therians and animal hearted people.

Whilst wolfaboo is often separate to this, wolfaboo started as a copy of the word weeaboo, to describe somebody who is very enthusiastic about wolves and has sometimes been used in a negative way. However, this word has developed similar to the way the word weeaboo has developed, and is now mostly used in a positive or descriptive way.

Foxcore includes imagery of nature, specifically of deep forests. Orange is the main color of foxcore, since it is the color of the red fox.

This genre's imagery is often similar to that of Goblincore, and it may contain similar motifs to Dragoncore (due to the perceived nature of foxes).

Themes may include independence, being 'sneaky' or 'sly'. 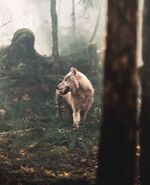 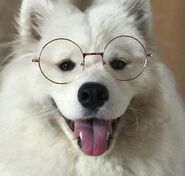