Not to be confused with Campcore, an aesthetic about camping, the activity taking place in nature.

Camp is a style and sensibility that seeks to express irony and subversion of mainstream society through deliberately assuming a gaudy aesthetic. As described by Susan Sontag, the academic who codified the term, its characteristics are: "artifice, frivolity, naïve middle-class pretentiousness, and shocking excess".[1] It is utilized in multiple mediums including film, fashion, theatre, music, and even modes of speech.

The aesthetic concept is popular within the gay community because of gay men being perceived by mainstream society as less masculine and worthy of ostracization. Camp becomes a way for them to exaggerate the effeminate and taboo parts of themselves as a rebellion against what society perceives a man should be, and the culture's behavior and camp inform each other. For example, drag shows, the gay "accent," and cult films popular within the LGBT community such as The Rocky Horror Picture Show are examples of camp.

Defined by Merriam Webster: "Absurdly exaggerated, artificial, or affected in a usually humorous way." This Definition gives the "Campy" aesthetic an incredibly wide reach, while still fitting within the genre. While many things can and do fall within this definition, there are some that are deeply associated with "camp".

The "Campy Horror" genre is incredibly popular, with countless pieces of media that fall within it.

Older film such as Film Noir, 50's movies, and other such media have a campy aesthetic when viewed today.

The Flapper Aesthetic, Great Gatsby, and Art Deco all very often fall into the genre of camp when portrayed in media.

Much of 80s media is loaded with camp, and was part of the culture then as well as the current appreciation of it now.

Drag is commonly associated with camp, and has been adopted by the community.

Camp is Very common within theatre.

Camp is a very effective tool in parody media, and is used by artists such as Mel Brookes, Steve Martin, and

Unintentional Camp. While not meant to be camp, it still hits all the boxes.

There are no "official visuals" of camp, as the word itself needs to be used in the context of who is performing camp. For example, Marilyn Monroe's white dress flaring up in the subway grates is not camp itself, but when another person mimics her actions in a highly exaggerated parody, it will be considered camp. This is especially true if the person doing the Monroe parody is doing so in a way to mock the white male gaze.

It is also difficult to classify visuals because camp is unlimited, and highly dependent on the individual's unique perspective. 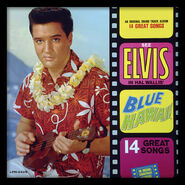