As the early days of "hardcore techno" or just "hardcore" began to settle in Europe, breakcore as a genre began to take more concrete forms in other parts of the world. Inspired by new labels such as Addict, from Milwaukee, USA; Peace Off from Rennes, France; Sonic Belligeranza from Bologna, Italy; and Planet Mu, from London, the genre began to take a new shape, adding in more elements of mashup and IDM to the hardcore and drum n' bass sounds. Each of these labels began to put aspects of their own social and aesthetic scenes into their music, allowing for an even broader definition of what was possible in music. In Notes on Breakcore, Society Suckers explained that breakcore grew out of the mid-1990s acid techno rave culture and disdain for Neo-Nazis and their associated early hardcore (gabber).

In Europe, the breakcore genre was solidified by raves and club events such as Belgium's Breakcore Gives Me Wood, featuring local acts such as UndaCova and Sickboy; Breakcore A Go Go, in the Netherlands, which was run by FFF and Bong-Ra; as well as Anticartel, in Rennes, the seat of PeaceOff, and later, Wasted, in Berlin and Bangface in London.

Breakcore has been subject to changing and branching. Many newer breakcore artists (such as Mochipet and later Venetian Snares) focus on melodic progressions (to classical music composition) and complex drum programming while other artists still focus on distorted and cut hardcore breakbeats, other than dark-edged musical influences (such as heavy metal and industrial). The artist Venetian Snares has produced breakcore blended with elements of classical music, in its later phase. Other artists such as Shitmat, Sickboy, DJ Scotch Egg, and Drop the Lime take another direction towards mash-up, happy hardcore, and rave to make a lighter, more humorous sound. The rise of chiptune music has also blended with breakcore with artists such as Tarmvred.

The UK Free Party scene has also expressed a large interest in producing and distributing its takes on breakcore, with crews and labels such as Life4land, Hekate, Headfuk, and Bad Sekta helping to push the scene and sound forward, as well as bringing over several international artists to play at their parties and club nights. Breakcore is steadily gaining in popularity, and aspiring artists are found scattered across the Internet.

In Breakcore: Identity and Interaction on Peer-to-Peer, sociologist Andrew Whelan notes that Venetian Snares has become "synonymous with breakcore such that alternative styles are being sidelined." He adds that breakcore is the best example of a music genre whose development is intrinsically linked to online and peer-to-peer distribution.

The most defining characteristic of breakcore is the drum work, which is often based on the manipulation of the Amen break and other classic jungle and hip-hop breaks, at high BPM. The techniques applied to achieve this differs from musician to musician, some preferring to cut up and rearrange the breaks, while others merely distort and loop breaks or apply various effects such as delay and chorus to alter the break's timbre.

Melodically, there is nothing that defines breakcore clearly. Classic rave sounds such as acid bass lines, Hoovers, and Reese bass are common, but breakcore is mostly known for sampling sounds from all over the musical spectrum to accommodate the frantic and fast-paced nature of the rhythm section. Around the turn of the century, more and more breakcore musicians began employing traditional synthesis techniques to compose elaborate melodies and harmonies. There are a growing number of musicians who make use of recorded live instrumentation in their music. These musicians include Istari Lasterfahrer, Hecate, Benn Jordan, Ruby My Dear, Qüatros, Venetian Snares, and Igorrr.

According to Simon Reynolds of The New York Times, breakcore is "purveyed by artists like DJ/Rupture and Teamshadetek. The music combines rumbling bass lines, fidgety beats, and grainy ragga vocals to create a home-listening surrogate for the bashment vibe of a Jamaican sound system party. Others within the breakcore genre, like Knifehandchop, Kid 606, and Soundmurderer, hark back to rave's own early days, their music evoking the rowdy fervor of a time when huge crowds flailed their limbs to a barrage of abstract noise and convulsive rhythm. It's a poignant aural mirage of a time when techno music was made for the popular vanguard rather than a connoisseurial elite, as it is today."

One of the most controversial issues in breakcore is that of the mere existence of the genre. Because it pulls liberally from other musical genres, there is not a consensus on what is and what is not breakcore, or even over the usefulness of the term itself.

In London, DJ Scud co-founded  Ambush Records with fellow producer Aphasic to focus on more extreme noise-oriented hardcore drum and bass. Some artists released on Ambush are Christoph Fringeli, Slepcy, The Panacea, and Noize Creator. "Scud and Nomex tracks like 'Total Destruction' helped create the blueprint for much of breakcore's sound, a high-bpm mash-up of hyperkinetic, post-jungle breaks, feedback, noise, and Jamaican elements paired with a devil-may-care attitude towards sampling that pulls from the broadest musical spectrum of styles (hip-hop, rock, industrial, pop, and beyond)."

At the same time, Bloody Fist Records based in Newcastle, Australia released many records of hardcore/gabber, industrial, and noise. Artists signed to Bloody Fist in its lifetime include Syndicate, Xylocaine, Epsilon, and Nasenbluten. Label founder Mark Newlands said, in 1997, "I think that the uncomfortableness also comes from a reaction towards the mainstream and popular culture that's constantly shoved down our throats, that's forced on the people via television, radio, mass media, etc. I think that also fuels the fire and keeps the aggressiveness there and the uncomfortableness."

Newlands described their music as products of "cut'n'paste mentality" and an industrial environment. In her Experimental Music, Gail Priest credits the label as recognized globally for its contributions to the breakcore genre, and for spurring its 1990s development. The Bloody Fist sound became breakcore from what was the noise genre, with added elements of high beats per minute and "extreme, thick, low-fi textures". By way of example, Nasenbluten's 1996 Fuck Anna Wood exemplified this style with controversial public affairs audio samples collaged into dialogue atop early hardcore beats.

Formed in 1994, Digital Hardcore Recordings released music by artists such as Alec Empire, Shizuo, Atari Teenage Riot, EC8OR, and Bomb20, shaping the breakcore sound. This label is also responsible for Digital Hardcore, a genre developed simultaneously to breakcore. The Alec Empire album The Destroyer is often noted as the first breakcore album.

Lolicore is a genre of Breakcore characterized by heavily distorted or high-pitched anime vocal samples and complex cut-up breakbeats with extreme tempos. Songs are short, usually running anywhere from a few seconds to around three minutes. Lolicore vocals are normally accomplished in a number of ways, either by speeding up a normal-sounding voice or song to sound more high-pitched, using already "child-like" samples, generally from anime, or chopping/slicing vocal samples and making them more acute. Themes range from otaku culture, primarily lolicon media and anime in general, to Japanese culture as a whole.

The usual breakcore intensity along with the use of manipulated samples provides a unique tonal contrast and a nonstop barrage of noises. Kusoikore, a more specific form of the genre developed by CDR, increases even more the harsh and chaotic sound of lolicore. While lolicore is frequently influenced by Mashcore and breakcore at large, it also takes elements from Nerdcore Techno, Noise, and other Hardcore [EDM] genres, usually Speedcore.

Kusoikore as the name indicates is a variation of Lolicore that incorporates Shitcore elements aswell with Noise, Mashcore, Nightcore , Nerdcore Techno and Glitch

With CDR sound spreading through the breakcore community, some artists started to make that type of sounds. Some even having releases on The Worst.

Mashcore is a subgenre of Breakcore that first began to appear in the late 2000s and early 2010s. Some of the earliest releases in the genre were by Shitmat. Mashcore heavily focuses on sampling, particularly from Pop and Electronic Dance Music songs, as well as playful melodies, hard kicks, and the typical breakcore-style breakbeats. The genre commonly has a Hardcore [EDM] influence, with four-on-the-floor Gabber style kicks, and is typically sillier and more upbeat than most other breakcore styles. Mashcore is closely related to Lolicore, and they sometimes overlap; however, mashcore does not feature the heavy focus on anime and child-like samples. The genre also often features sped up or pitched vocal samples.

One early example of the genre is the work of Renard, who produces Raggacore-inspired music with samples from various parts of pop culture, including well-known songs. In 2009, Annoying Ringtone formed the UK-based netlabel Dance Corps and released its first compilation, Dance Corps Volume One. The label primarily focuses on releasing this style of music. Another prominent artist is goreshit, with albums like Goretrance X, which remix various pop and dance songs into a breakcore style, and memestreet which goes all out on the humor side of the genre.

Raggacore combines Breakcore with elements from Ragga and Dancehall. It is influenced by, and similar to, Ragga Jungle, but with a heavier sound and faster pace.

(needs to be developed) 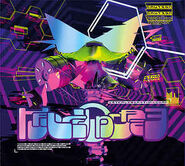 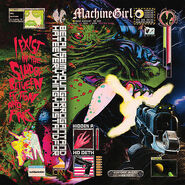 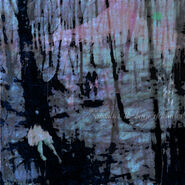 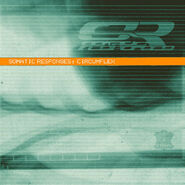 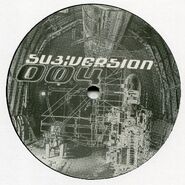 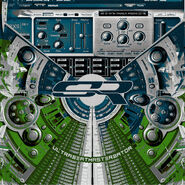 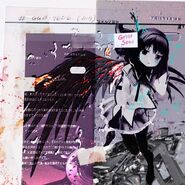 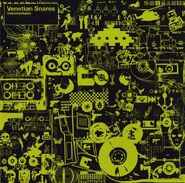 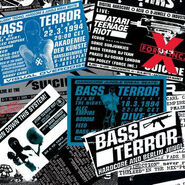 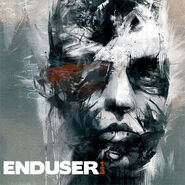