Bauhaus was the name of a German design school founded by German architect Walter Gropius that was active from 1919 to 1933.

The Bauhaus fights imitation, inferior craftsmanship and artistic dilettantism. We want to create the purely organic building, boldly emanating its inner laws, free of untruths or ornamentation. Society needs a good image of itself. That is the job of the architect.- Walter Gropius

- Use of glass, concrete, and steel in architecture

- Comprehensive approach meaning that architecture from Bauhaus takes aesthetic into approach as well as sustainability and perhaps even spirituality.

- Villa Tugendhat in the Czech Republic

Bauhaus is also the name of a British post-punk band formed in 1978. The band was originally named S.R. and then changed its name to Bauhaus 1919 both as a nod to the German school of design and because most of the band members had design backgrounds and liked how the design school of Bauhaus praised simplicity and functionality as well as form, which is how they wanted their post-punk music to be seen as (the outlandish fashion of glam rock meets the bare and stripped down realness of punk). However, the band soon dropped “1919” from their name. “Bela Lugosi’s Dead” is the band’s first single and is a reggae-influenced song according to Bauhaus bassist David J. Haskins (aka David J). David J wrote the lengthy nine-minute long song after binge watching vampire movies, namely the 1931 film Dracula with actor Bela Lugosi playing the infamous vampire.

Bauhaus released “Drink The New Wine” in March 2022 after not releasing any new music since 2008. They’ll also be touring again starting with their August 19, 2022 show at London’s 02 Academy Brixton followed by a U.S. tour.

Where You’ve Heard the Band’s Name Before:

Blink-182’s 2016 song “She’s Out of Her Mind” mentions the band Bauhaus in the lyric “Bauhaus stuck in her head” in reference to the woman being sung about in the song having Bauhaus song lyrics stuck in her head. 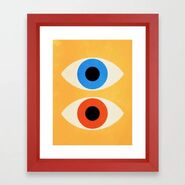