The American prairie, supplies used on the journey, danger

American Pioneers refers to the settlers that colonized the western portion what is now known as the United States of America in the 19th century. For the most part these people were white, and either Americans from the East Coast or European immigrants. (After the American Civil War, a significant population of Black pioneers known as the Exodusters existed but their motivations and experiences were somewhat different from white pioneers. They were not part of the image of the American Pioneer that existed in the 19th Century and little attention is given to them in both historical fiction and American History lessons.)

Pioneers were motivated by Manifest Destiny, a concept within American culture that claims that God has ordered the American people to make the nation occupied from the Atlantic to the Pacific. Violence towards Native Americans was considered a necessary evil in the pursuit of this goal.

The visual tropes associated with pioneer life are distinctive and familiar to Americans. They are inspired by the travel equipment and landscape along the routes west. Much of the allure of this is the ruggedness and self-sufficiency of the people in contrast to the wild, untamed nature of their surroundings.

The hardship that the people who traveled along the Oregon Trail faced is often a point of fascination and shock value. The Donner Party, a group of families that resorted to cannibalism in the wintertime, has been used as a point of horror and portrayal of the extremes that humans can go to when they are desperate.

The Donner Party's choice to resort to cannibalism was previously seen as inevitable. In more recent times, it was discovered that the party refused the advice and assistance of local Native Americans, and their cannibalism was the result of poor decision making.

American historian David McCullough's The Pioneers, caused controversy due to its use of the word "savages" to describe Native Americans.

Pioneers wore simple clothing made in hard-wearing fabrics such as cotton, linen, and wool. Fur was worn to keep warm in the winter.

The pioneer era is a popular unit of American History among homeschooling families. These lessons tend to emphasize the Christian values of the pioneers and gloss over the violence enacted on Native Americans, giving children an incomplete picture of American History.

Most pioneers were Christians.

In the Church of the Latter Day Saints (Mormon Church), "Pioneer Trek" is religious pilgrimage in which families dress in pioneer clothing and live as pioneers, reenacting Mormon pioneer families on their journey to Salt Lake City.

Little House on the Prairie 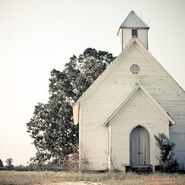 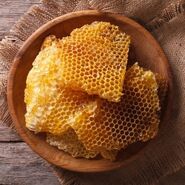