Any colors, mostly in vintage tone

Being outside the mainstream, independent artists

Alternative, also known as Alt is an umbrella term that can describe anything that sits outside of the mainstream. This could include Punk, Grunge, Emo, etc. Sometimes, if a subculture is particularly popular (rock is an example of this), alternative rock would be its own sub-genre outside of 'mainstream' rock.

It is important to note that most aesthetics could fall under the alternative label nowadays. Additionally, the line between alternative and mainstream is becoming very blurred due to the power of the internet in promoting "underground" artists.

Alternative originated as a genre of music, described by Merriam-Webster as "music that is produced by performers who are outside the musical mainstream, that is typically regarded as more eclectic, original, or challenging than most popular music (such as conventional rock, pop, or country), and that is often distributed by independent record labels."

Due to this, in music terms, alternative and indie (independent) have similar connotations, indie meaning not associated with a mainstream record label. It is important to note that "indie" is not a specific sound, it better describes the way the sound is released.

Alternative rock is the most popular genre of alternative music, and is what most people think of when alternative is mentioned. Alternative rock gained most of it's popularity from 1991 to 1996 when Nirvana released "Smells Like Teen Spirit", as described in this article.

The title "alternative" has developed to often be used as a label for clothing that is outside current fashion trends. The label "alt" is also being used a lot on TikTok to describe the darkest themed fashion that doesn't fit into other categories.

Alternative originated in the 1960s, when Rock was one of the most popular genres of music, with artists such as The Rolling Stones. Alternative rock differed to this, and could be said to have started when Velvet Underground first got together in 1965, as this article states. Alternative music most often aims to sound different to whatever the current popular music model is.

Alternative rap and hip-hop started around the late 1980s when artists such as De La Soul began to create hip-hop music that was influenced by multiple genres. Some genres that often featured in alternative hip-hop were jazz, pop, rock, funk, and soul. Alternative rap gained more popularity around the 1990s. The sound of alternative rap made a return with Kanye West and Childish Gambino. Alternative rap/ hip hop emphasizes musical elements, more so than "gangsta rap."

Alternative Country - or outlaw country - is more linked to Cowpunk.

Overall, members of alternative culture tend to have left leaning views. One reason for this is because they support individual artists and often steer clear of big producers where possible. Alternative music often covers themes and political views that mainstream culture avoids, such as Radiohead's 'OK Human,' which addresses a world, "fraught with rampant consumerism, social alienation, emotional isolation and political malaise."

Altough alternative fashion is often a combination of these styles, it is not limited to them. For instance, Fairy Kei could be considered alternative fashion since it is outside the mainstream. The alternative community generally supports small artists, and this sentiment often mirrored in the fashion, with places like Etsy and small businesses being good places to shop for alternative clothes. Thrifting is also encouraged, along with DIY. 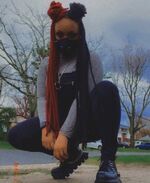 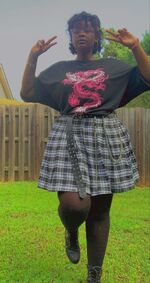 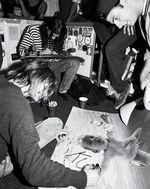 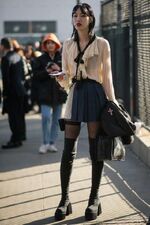 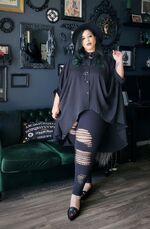 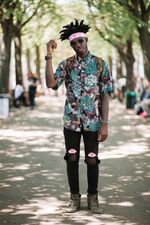 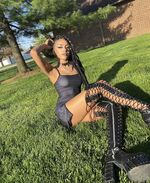 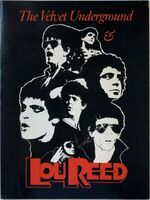 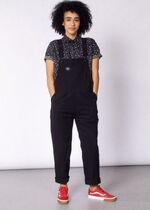 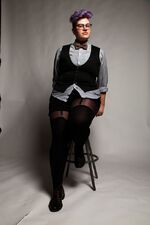 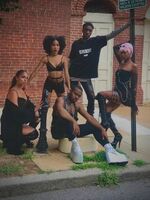 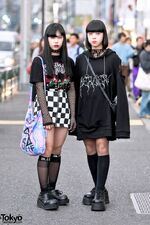 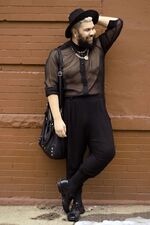 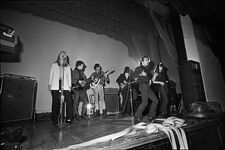 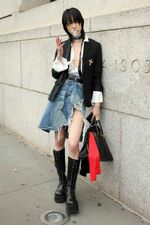 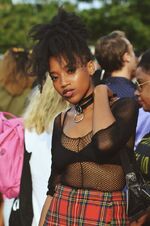 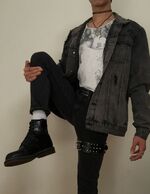 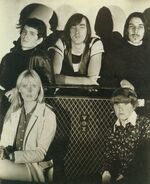 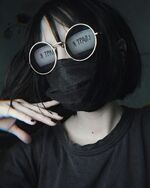 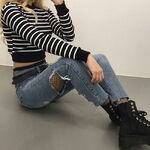 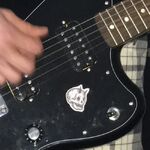