Brazilian terms that refer to people working in the agribusiness. Not always used in a positive way. The words are constantly used in songs, often those consumed by so called agrogirls/agroboys. Its origin is usually credited to the mixture between Brazilian country culture and Brazilian 2000s urban culture. The aesthetic was became popular by the rise of Sertanejo music and Forró music for university students due to many people born in the countryside moving to urban contexts for education and work opportunities. Those people were usually sons and daughters of well heeled property owners, they didn't want to let go of their traditions but have the dream and money to adapt to "big city ways". Eventually, the aesthetic spread back to the actual farm fields, probably due to those people coming back home.

Either very long and straight (usually for women but also seen on men) or very short and shaved on the sides (usually seen on men, but not exclusively). 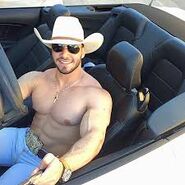 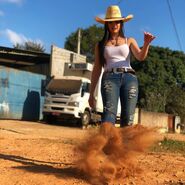 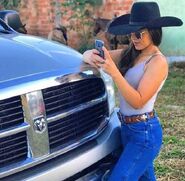