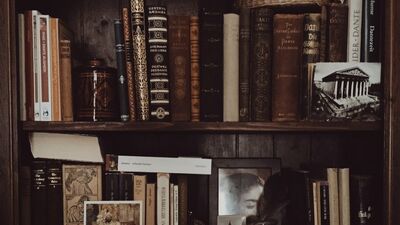 Dark Academia is a popular (and the original) academic aesthetic that revolves around classic literature, the pursuit of self-discovery, and a general passion for knowledge and learning. It is one of several iterations of the Academia aesthetic, each having a unique subject focus. Dark... 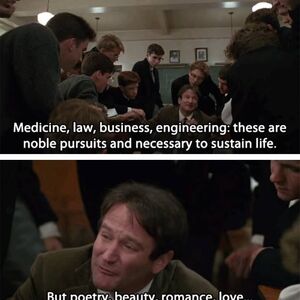 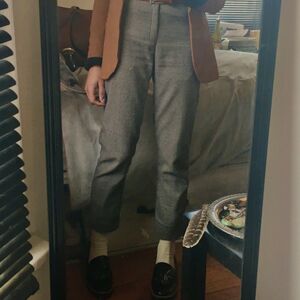 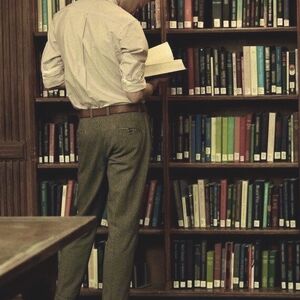 I wanted to start buying things for my room so nothing comes in late because I want to redecorate in the summer. Please choose one of the following aesthetics I have taken into consideration. (This is not a poll because I have too many options.)

If you have any of your own thoughts based on my options, go ahead and share!

I like (this is long) nature, fantasy, darker colors, androgyny (although not really the androgynous aesthetic), being comfortable, dark humor, sarcasm, fantasy, sort of mysterious things, both modern and vintage, masculinity, adventure, gore, night, dragons, ghosts and spirits, goth (but not really?), royalty/princey, writing, horror, science, escapism, creepypasta, true crime/mystery, and I don't like but have the sort of feeling of being trapped. Yeah I know, a lot, and here's some pictures I would associate with myself. (Disclaimer: Some of the pictures might appear fightening to some people.) Also, I couldn't really find images depicting the type of gore I like. I found more of a kawaii sort of gore. Not really my things as I like hardcore gore. Very bloody stuff. 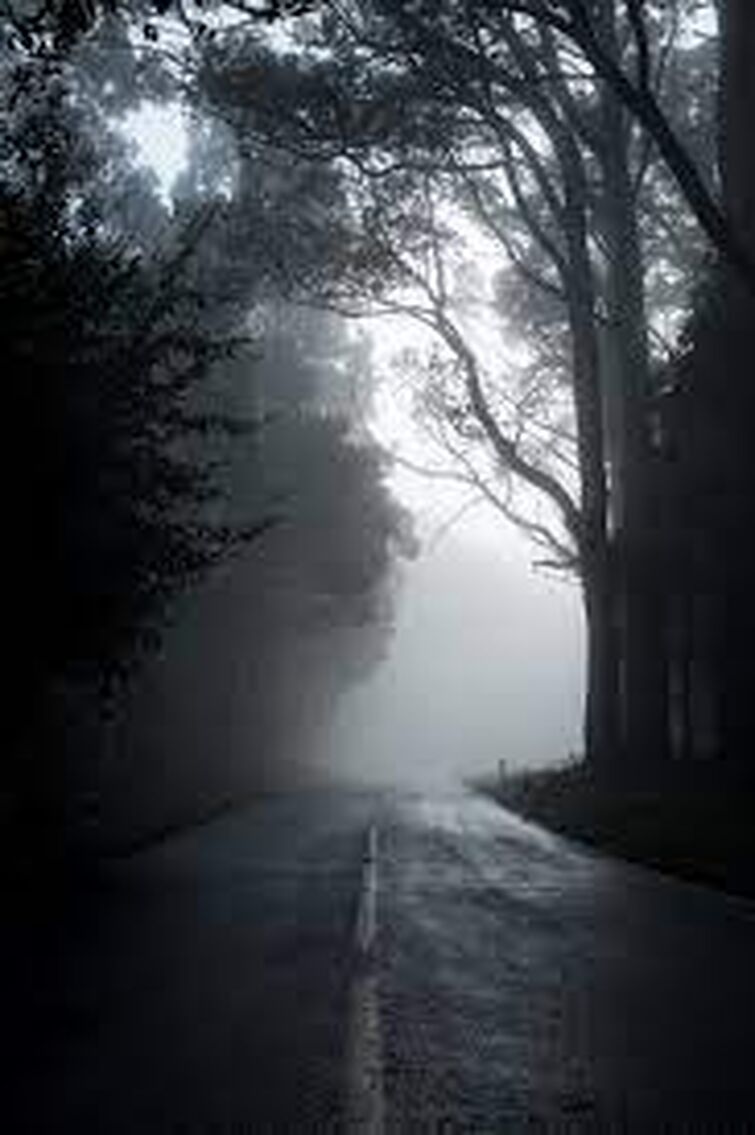 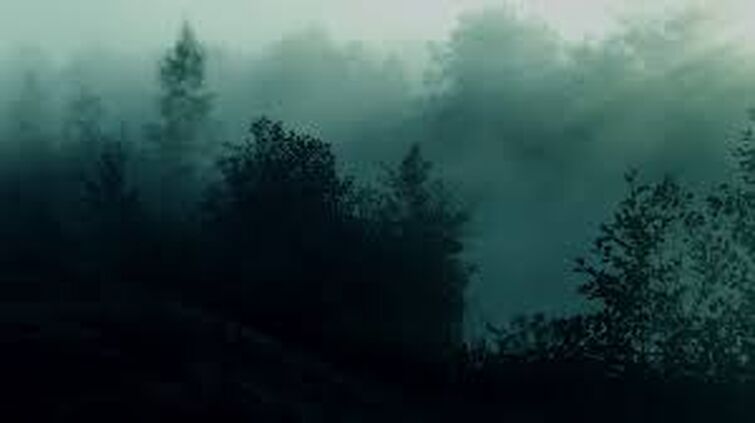 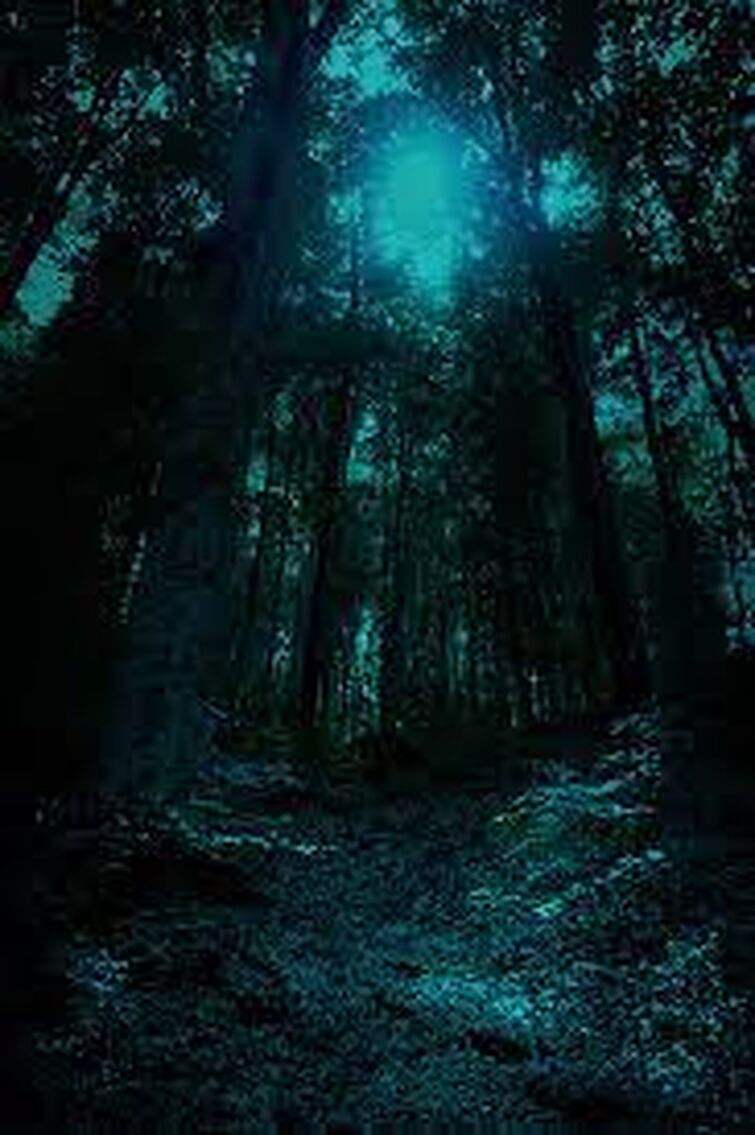 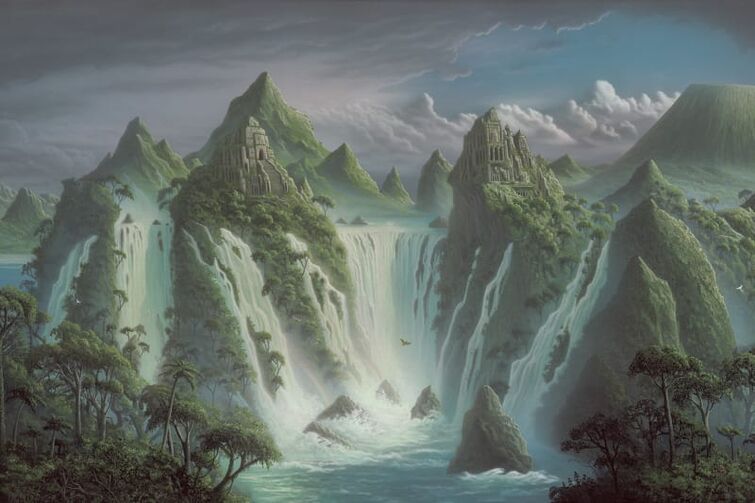 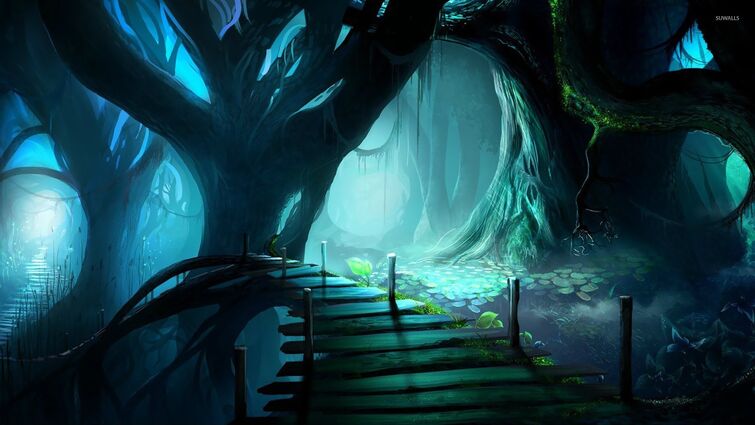 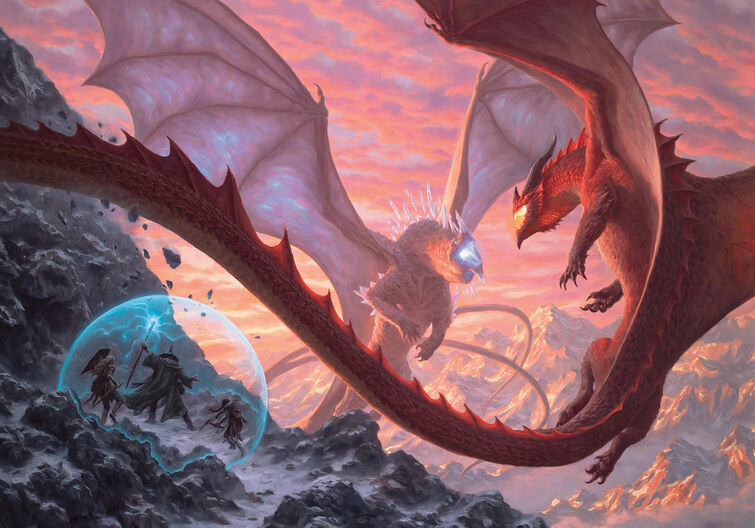 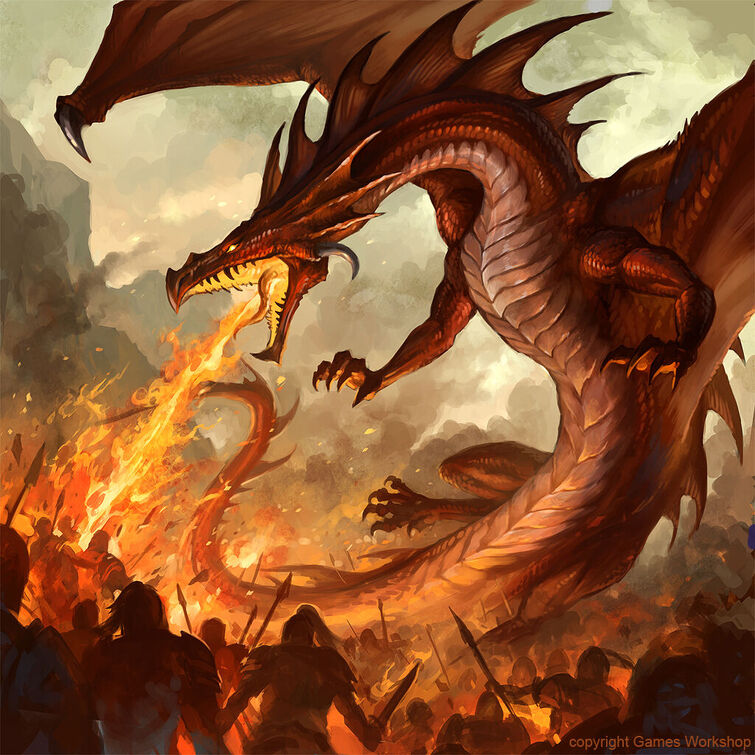 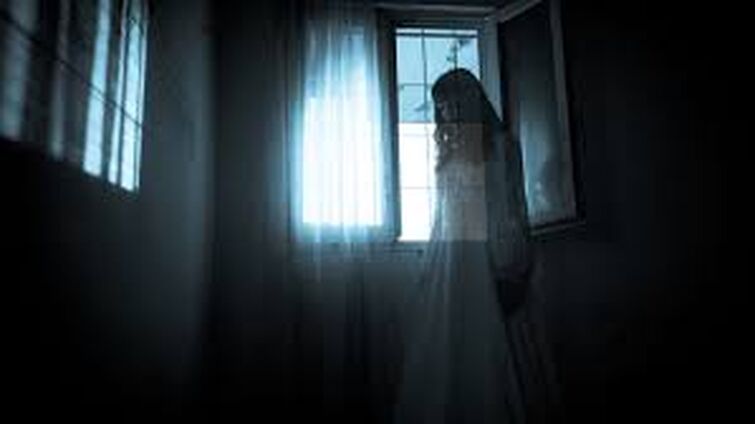 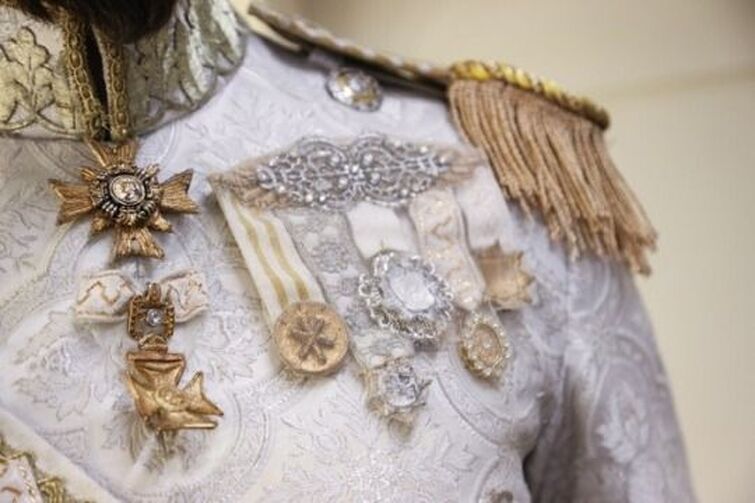 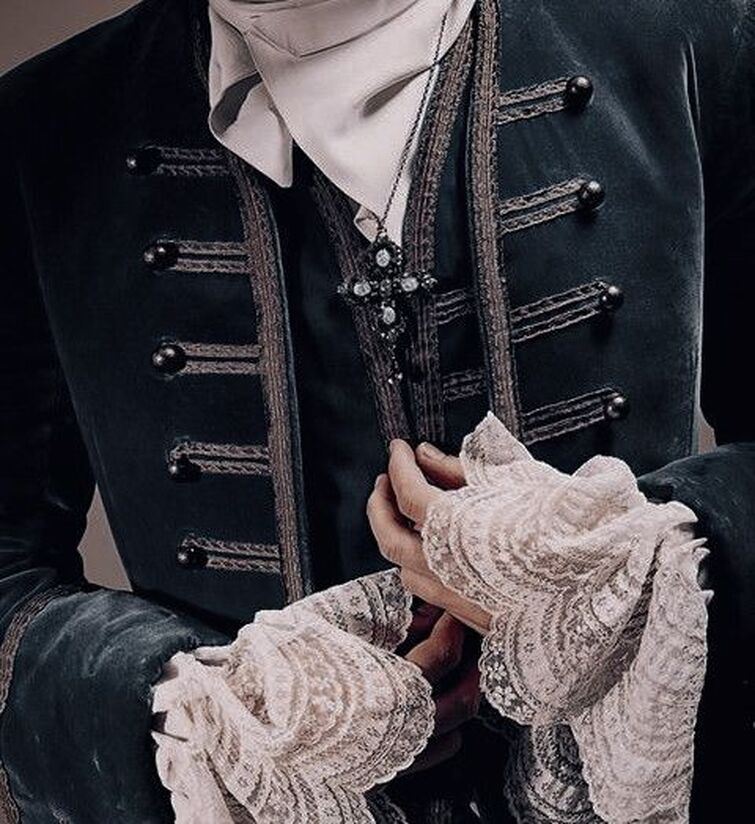 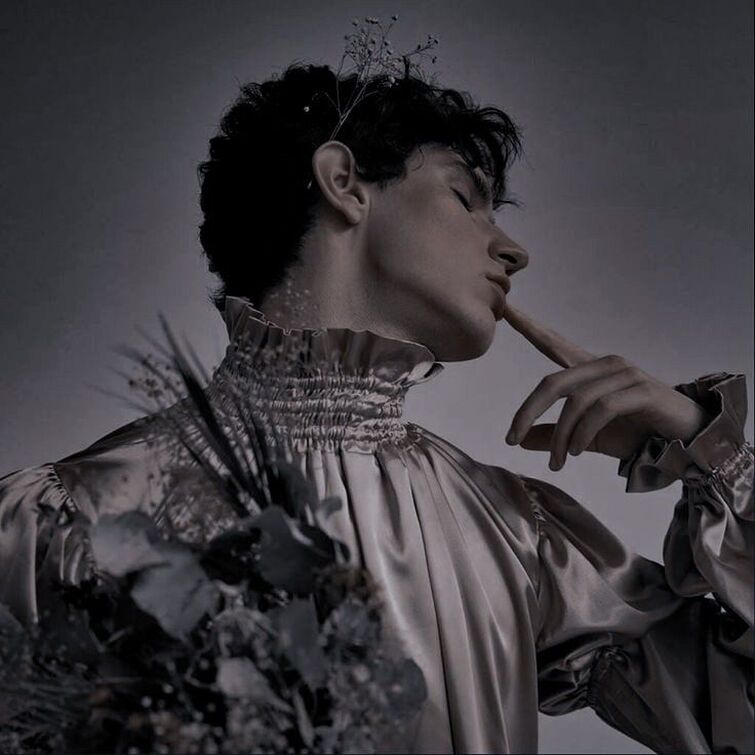 DISCLAIMER: The following images contain blood/gorey imaging. If youd don't like that and would like to comment please just use the bar at the bottom of your screen or, if you would like to see what other people have said, use the bar on the side of the screen to quickly skip this this section. If you would not like to comment but still don't like gore, please click off. 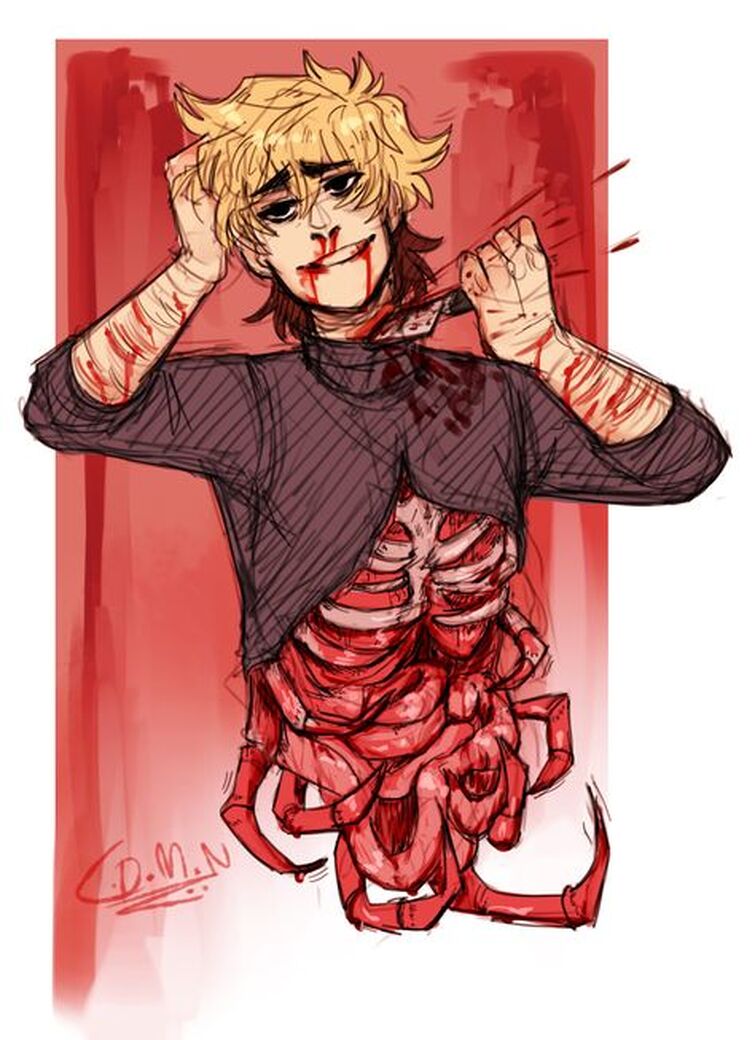 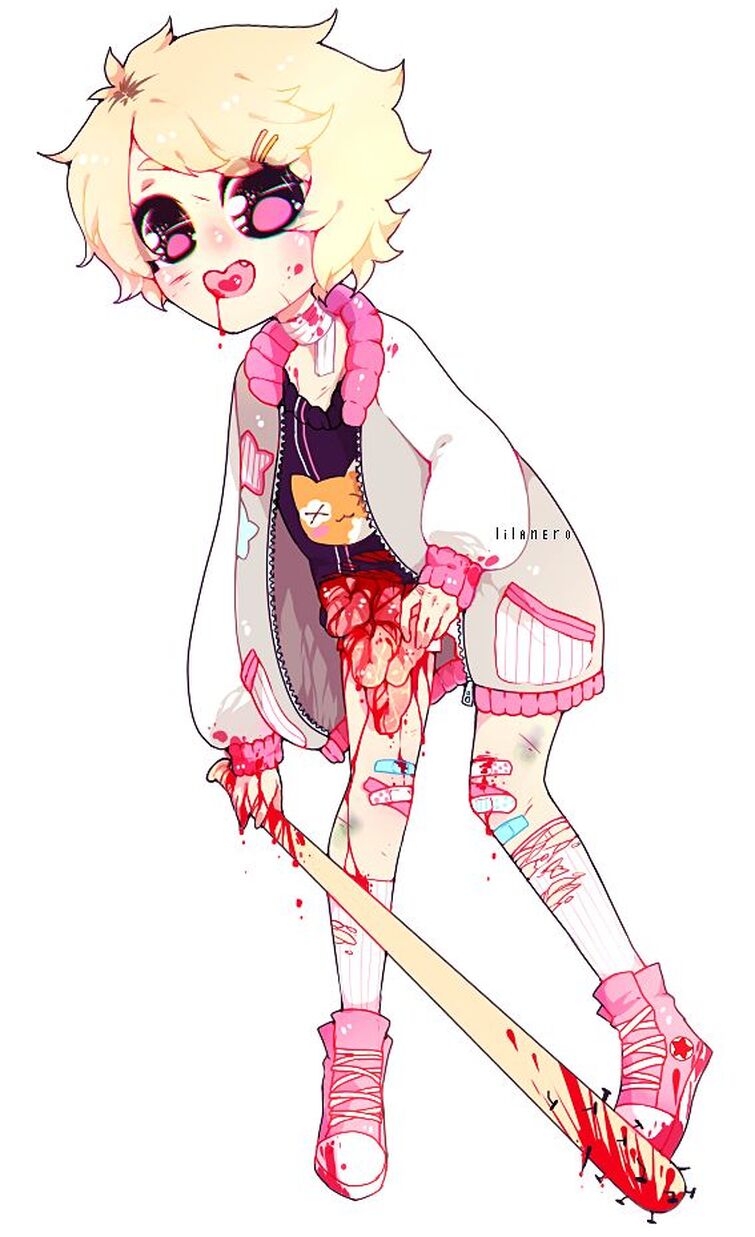 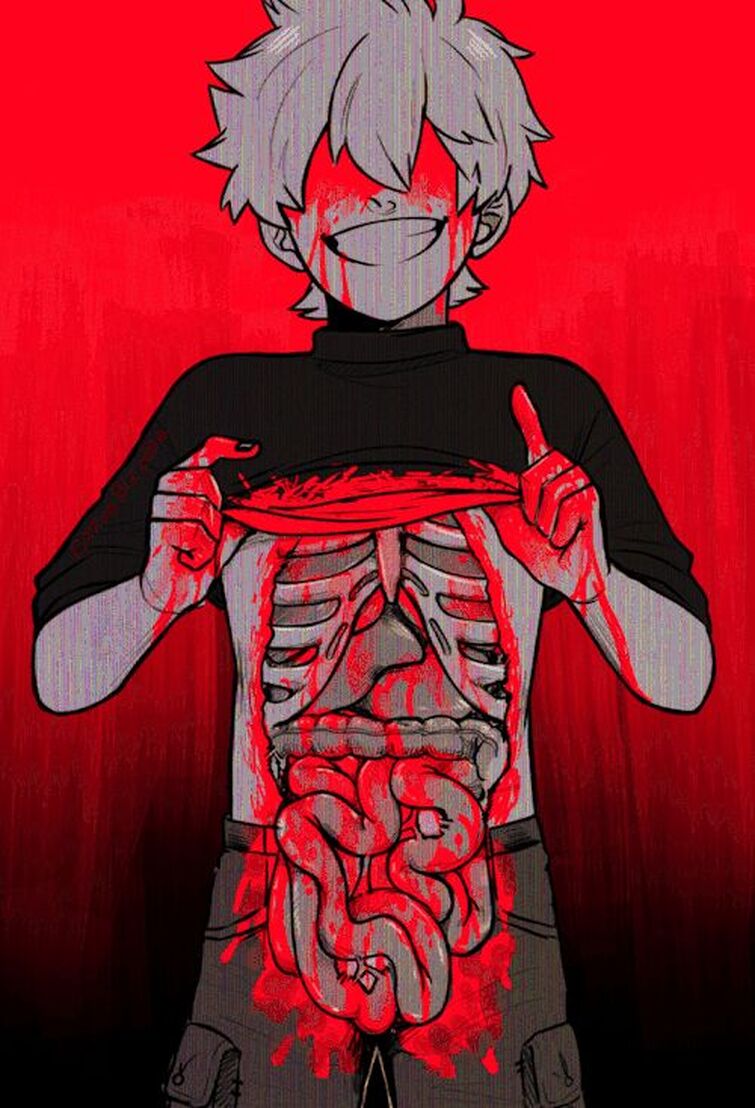 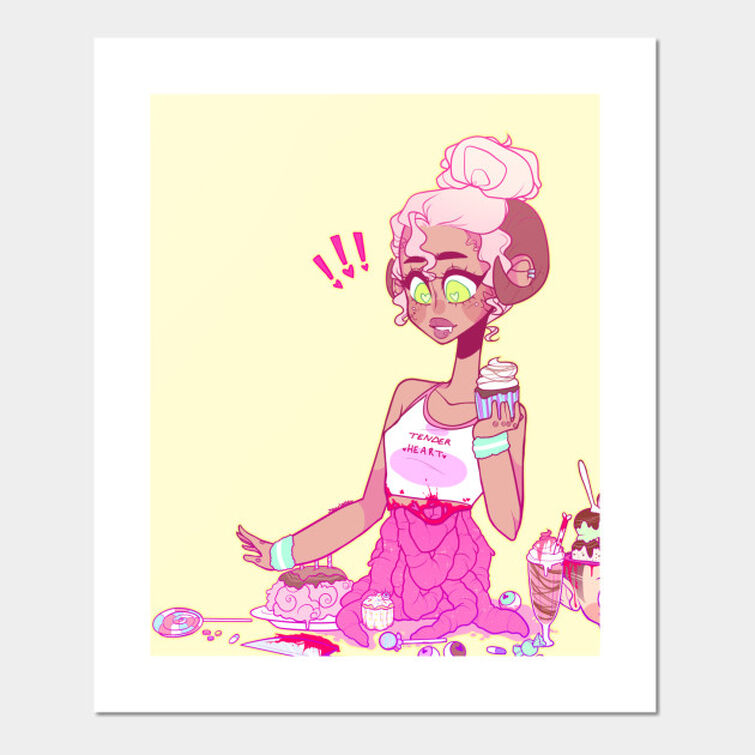 Looking for new books to read! my aesthetics right now are dark academia, chaotic academia and perhaps a little classic academia. i like mystery, perhaps thriller, romance, drama, classics, and books that teach on cooking, baking, sewing, organization, fashion, art techniques, dancing, and any sort of melee combat or knife-technique. thank you <3

Here is the board, please help me out:

Please open it and check:)

Is there a name for "the last person on earth aesthetic"?

Hi guys! i really need help knowing what my aesthetic is called, i've just been calling myself "early grunge" but i'm not sure if that's correct.

Here's a moodboard of my aesthetic kinda: 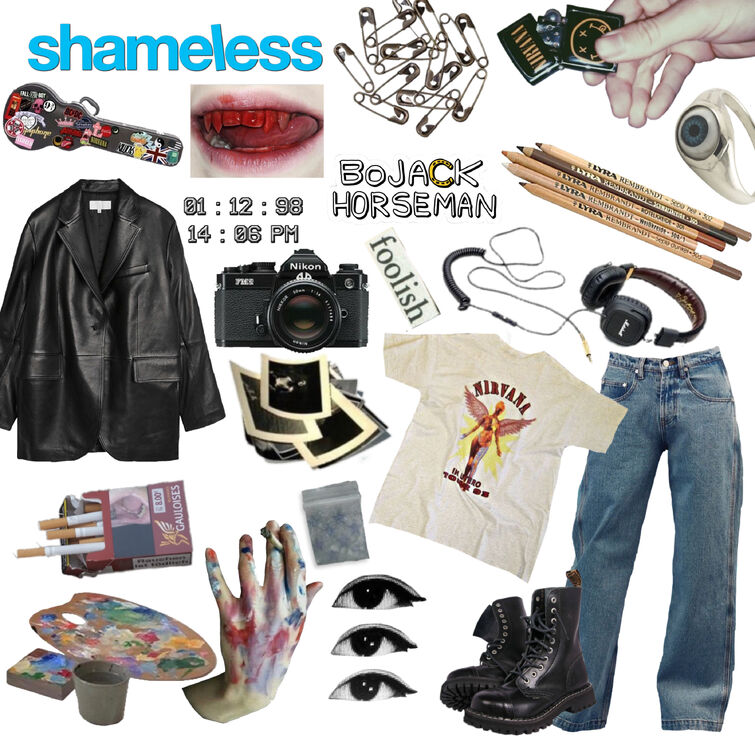 So hi guys, right to the point, I was wondering whether there is an aesthetic which encompasses visuals like foraging, moss, forests, similar to goblincore but also about gardening, about practical hiking clothes but also long flower skirts, and nightime stargazing and daytime forest bathing. As well as darker elements like books by candlelight and a hearth and so sorta cabincore, goblincore, cottagecore and dark academia all together?

Currently grateful for this forum, I've been going in circles trying to find my aesthetic and what feels "me".

-I love being outside

-I'm a psychology major with plans on going into clinical psychology

-My favorite bands/singers are The Lumineers, Tyler Childers, Bon Iver, Hozier, and Mumford and Sons

MBTI: I'm an INFJ with an ENTP boyfriend, who is my best friend

-Some of my hobbies are attending music festivals, playing guitar, making art, long boarding, and climbing.

- I love the hippie, earthcore, and dark academia aesthetics. I want to find an aesthetic that combines all of these.

Is there a aesthetic that is similar to Medicalcore but no Kawaii stuffs? Maybe examples are:

In the MCR fandom, the lead singer went through an era in his early/mid 20’s that we like to call ‘Basement Gerard’.

It basically incomposes a 22-ish year old art student who lives in his parent’s basement, makes comics late at night, doesn’t shower, usually amab but expierences gender Incongruencies, obsessed with star wars, a softie, abuses alcohol, and has a crush on David Bowie.

I’d say this aesthetic is mostly based off of the 1997-2005 comic book scene, but less on the incel misogynist nerd side and more on the adorkable feminist has a crush on Anakin Skywalker side. 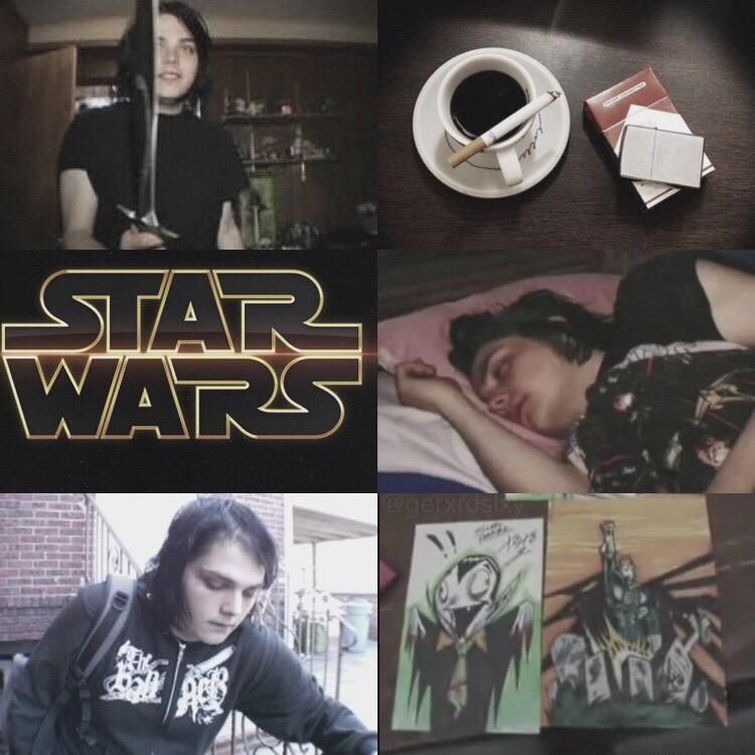 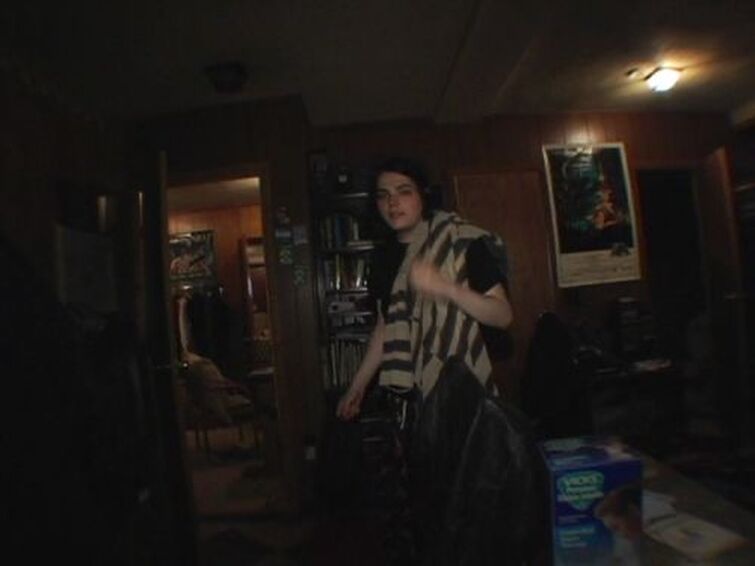 I listen to a lot of Playboi Carti, Lil Uzi Vert, and Trippie Redd. And I wondering what aesthetics would they be considered as?

Ik for most of my life I’ve worn only like a basic shirt, shorts, and sneakers. I want to improve my confidence but I’m too embarrassed to even wear jewelry. Anyone got some advice?

I thought I was light academia or dark academia but I don't resonate with the clothes. here are some of my Pinterest pins to get an idea. 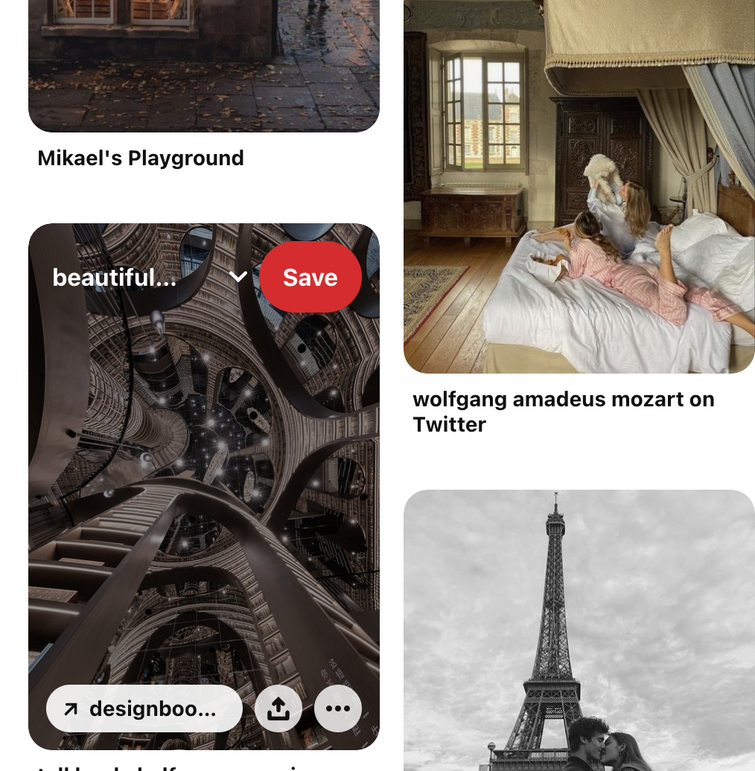 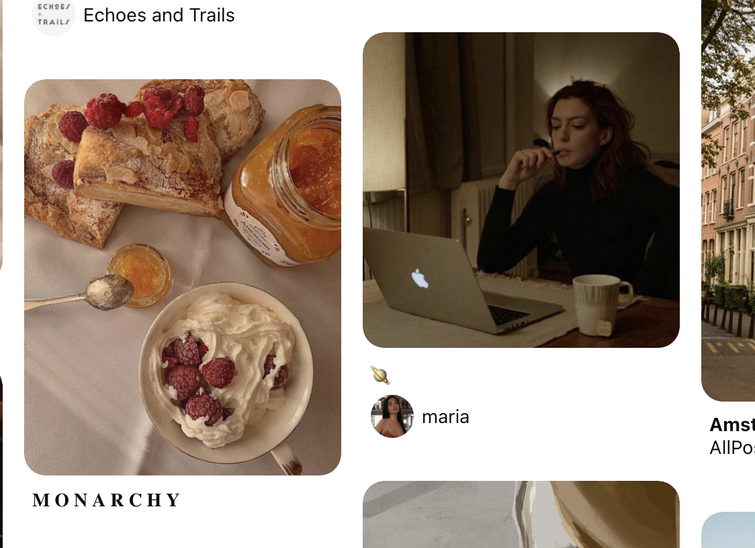 i just wanted to say that i am not new to this wiki! my old account is "runningon3braincells" i just wanted to change my username and had already done so on that account so i couldnt without making a new one! i know nobody is going to care but i just wanted to put that out there just in case someone was confused (whether it be, because im very similar to that account or other reasons)

i also want to ask the question: how can i be a moderator? is that a thing on this wiki? just wondering! have a nice day! ^v^

(also if becoming a mod involves contacting people on discord, i wont be able to. sorry! i have annoyingly strict parents, discord is too easy for them to track, they probably dont even know this website exists.)

Hi, so, um, I need help figuring out my aesthetic. I feel like i identify sort of with dark academia, because i LOVE books and the idea of giant, old libraries with dusty books. BUT I don't really like all those browns and tans and formal pants associated with this aesthetic, and to be honest, I don't drink or like coffee??? And I like reading- studying for tests, not so much, and the books I read tend to be fantasy and adventure, not murder and dark themes. So... yeah. Here's some other stuff that can help.

Outfits- anything, as long as it's not pure brown and beige. I don't really like wearing sleeveless dresses/really short-shorts.

MBTI- INTP/INFP (i identify with both)