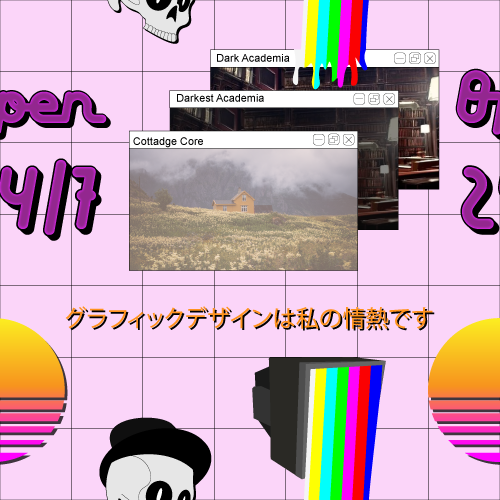 Hello, a while ago i added a page for changelingcore, hoping i could go back and add to it later. however, when i search for it now, the page is gone and the aesthetic has been removed from the list.

I find this troubling as changelingcore was created for and by neurodivergent people and i feel that its exclusion from this site leaves a concerning lack of representation for those of us who are neurodivergent and who subscribe to this particular aesthetic. i realize my page as i left it was a very rough draft but i would have gone back and added to it, and was also hoping others in the community would do the same as well.

Please accept my request to add the changelingcore aesthetic as created by the former tumblr user willow-o-the-wisps.

What is a changelingcore? You need to tell what it is or what are their key aspect or theme. Is it too familiar to others that already exist?

Changelingcore was originally coined by (now-deactivated) Tumblr user willow-o-the-wisp as a subcategory of Faecore that is exclusively for Neurodivergent people, for example, people who are Autistic, or who have ADHD, ADD, DID, etc. As an Autistic person, I really vibe with this.

I was able to find some screenshots of the original list of key aspects by willow, and although it definitely has some overlap with other aesthetics (i.e. "collecting almost anything" could go along with Corvidcore) but there is a lot of unique flavor to it that makes it a perfect aesthetic for ND people. I was able to find two other supplementary lists online, besides the original willow list. I only have screenshots of the original willow list, but I wrote down the other two lists, both from Tumblr, as well as the usernames that created those lists.

So without further ado: 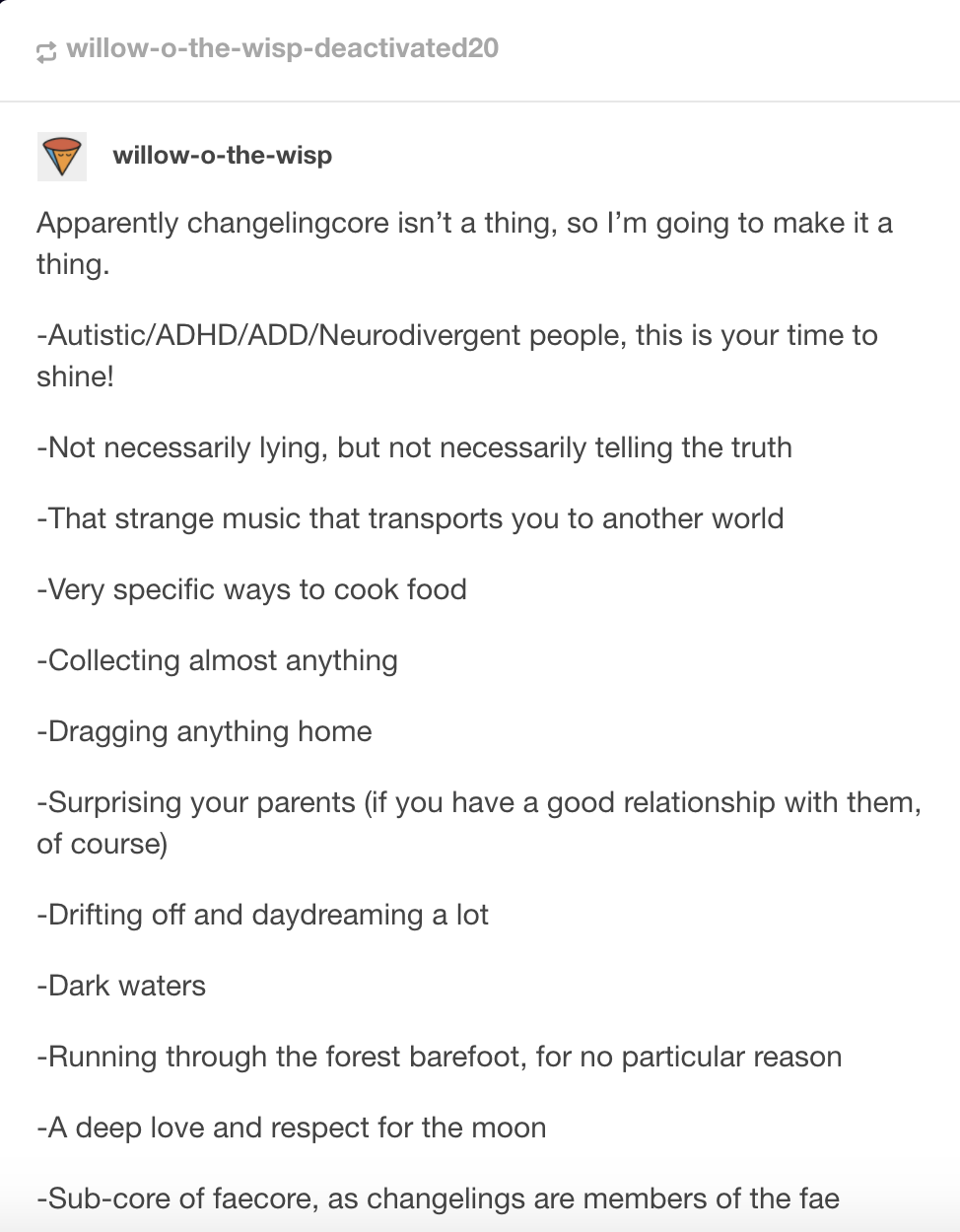 I hope this is unique enough for its own page!